In Part 1, I covered the challenges I had in setting up my SSH key with Azure Pipelines to work with my existing Github repository, which contains a new Pyramid project without any customization (yet).

Now that Azure Pipelines could build my project, I spent the last week after that trying to figure out why builds would fail on Azure with Python 3.7, not with Python 3.6 or on my local development machine.

One question I was asked: Why continuous integration if I’m just a hobbyist? I have two answers: 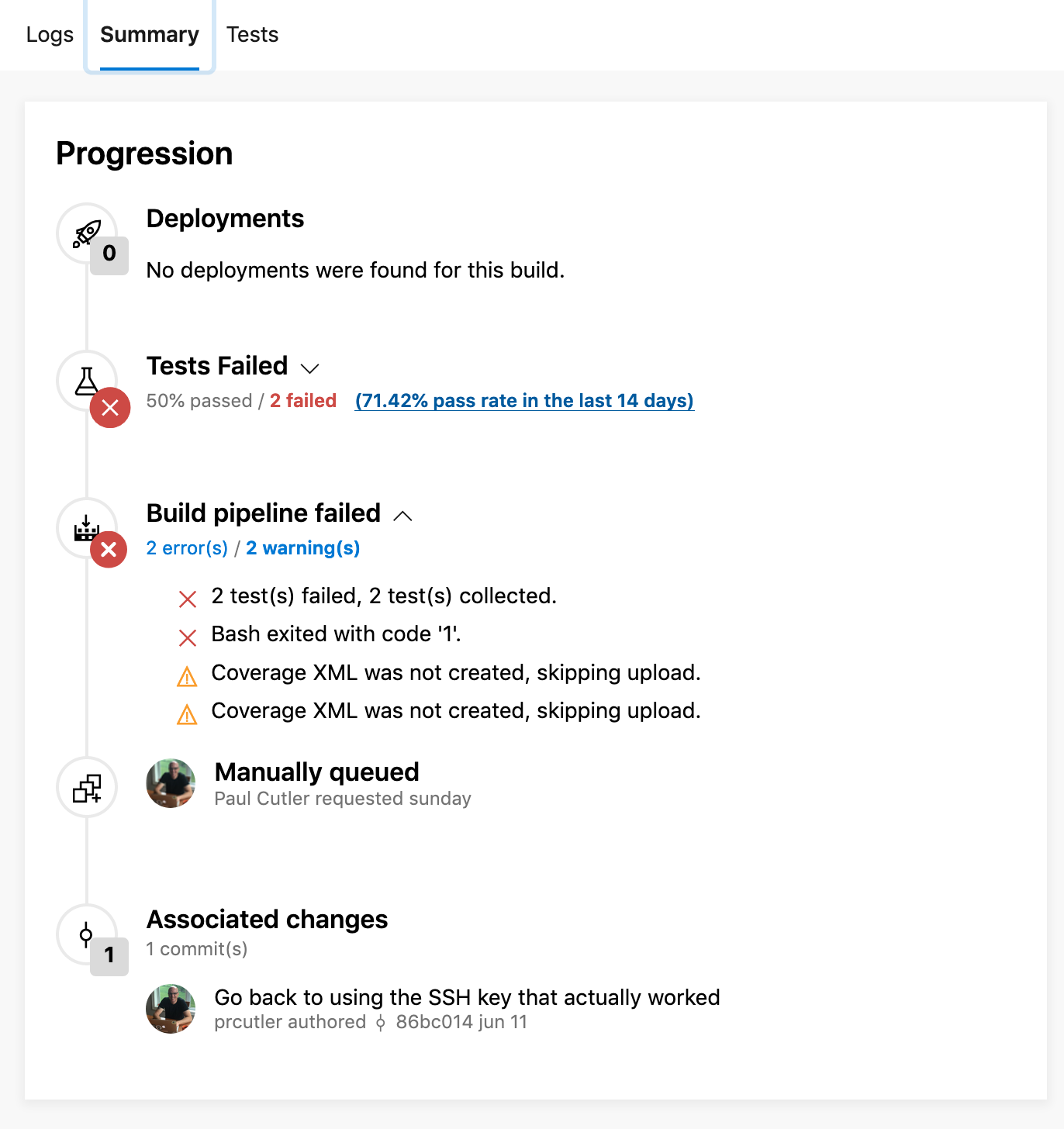 Two of the four tests passed.

The good news: The two tests using Python 3.6 pass and it builds!

I made sure my development machine’s version of Python matched Azure’s and upgraded from Python 3.7.1 to 3.7.3 just to make sure - still failed.

I poked at it here and there for a few days and then asked for help in the Pyramid IRC channel. Right away, I received advice to add pysqlite3 and it worked! I used pip freeze to update my requirements.txt file and made sure pysqlite3 was in there, committed, and now I have a shiny badge on my repo.

I still don’t understand why it built on Python 3.6 but not Python 3.7. But it’s working and time to move on.

Coming in part 3: Hooking up Dependabot and the Python 3.7 builds fail again.